SPLITTING THE KRUGER IN TWO 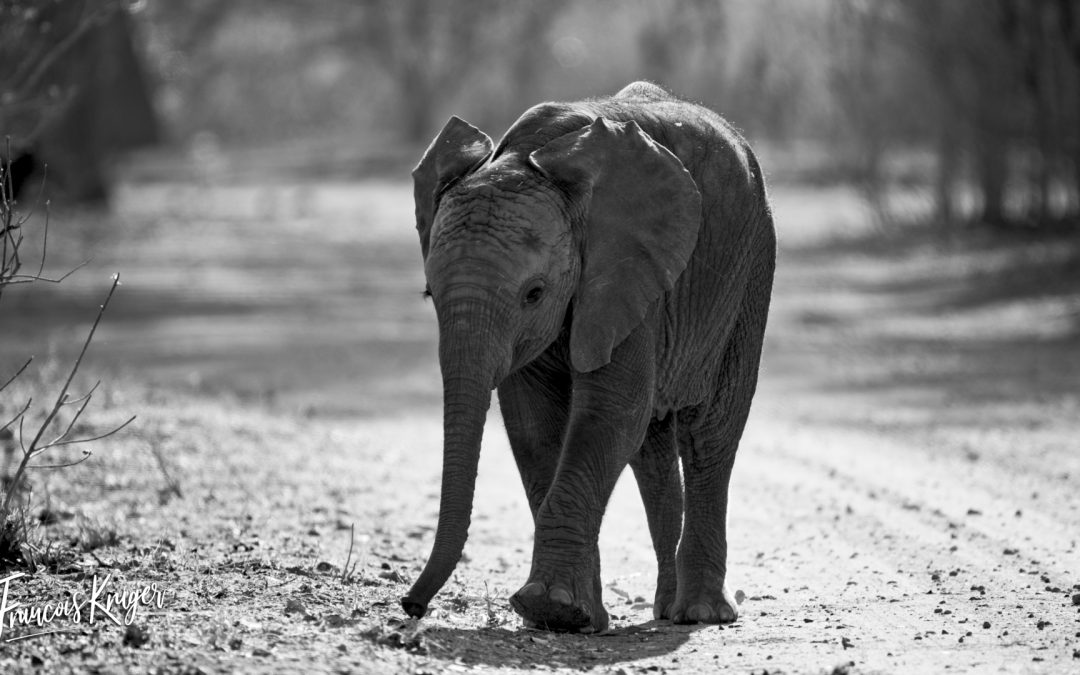 This is a mean trip and not for the faint hearted, as the title would suggest we took the straightest line up into the Kruger and drove mostly the main road and this in only four days!

The one half of two tracks (the other half was at her day job) had the privilege of hosting Louis Hunninck on this trip, a friend that Francois made during a course attended in the Kruger in January 2019. Giraffe from on the way in

A bit of background on Louis, he’s a PhD student (actually finished) who did his field work in the Serengeti on Impala. So what’s better than bringing an impala expert along to the Kruger, to see literally thousands of Impala. Louis said he wanted to see the North of Kruger as most of the drives always focus on Skukuza and the surrounds, I warned him it would be tough and hot and camping with the small car. But being a keen mountain climber and adventurer he said it would be easy. 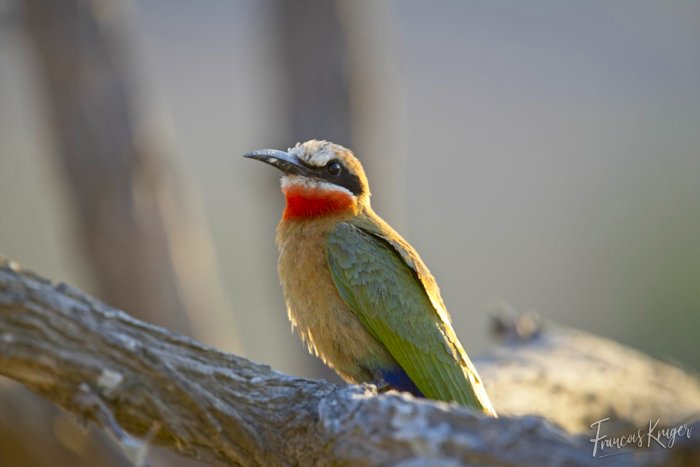 On the Wednesday I packed the fridge and the car en set off for Malelane. I needed to pick up Louis at Skukuza the next morning and thought that would give me more time. The bird life from the bridge just before Malelane’s gate was really good and I opened our birding list for the next few days. Thinking I could get a jump on Louis, also a keen birder.

Crocs and fish keeping an eye on each other

Unknowingly his course included a guided bird walk at the Skukuza nursery golf course and he started with a 50 bird advantage. Never the less I racked up 15 birds on the river and a few more on the walk inside Berg-en-Dal where I slept the first night only to be woken at 03:00am by the birds choir that usually starts at 04:00 in the cooler, darker cities.

The morning drive to Skukuza delivered good rhino and elephant sightings not to mention a lone lioness. I also added a few birds. 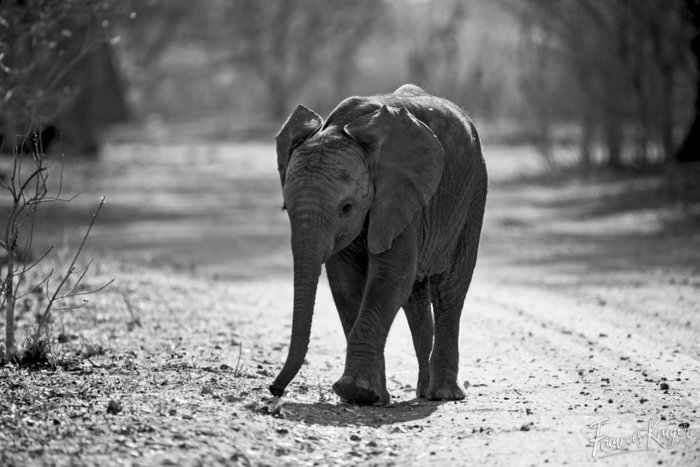 Picking up Louis with the biggest and heaviest bag I have ever seen, we squished into our small car and made way to Letaba, stopping for anything cool and for food and drinks at Tshokwane picnic site and Satara rest camp. The winking steenbok, we should have known something was up

There was not much worth mention as the weather went from hot to unbearable the further north we went and the landscape just got dryer and dryer. Huge bats in a tree at Satara rest camp

We made the gate just in time and on receiving the notification of load shedding we quickly plugged in the fridge set up the tents before setting out to look for the Scops owl. We found one real close but photographing it was a bit difficult with the flash and the torch combo, but we got a winner.

Next morning we took a slow start with French toast and a look around the Elephant museum as well as racking up a few more birds in the camp site before we headed further north to Shingwedzi. I was hoping this would be our birding destination with the river next to the camp, however the river had turned into a sand river with very few patches of water to my disappointment.

Never the less we added a few more animal species on this part of the trip, with Tsessebe and Eland being new for me in the Kruger.

Lunch at Mopani was incredible. At long last Louis got to see a Honey Badger even though we had to scare it off to save our trash can at Shingwedzi. Our neighbors trash-can, however, delivered a good opportunity to observe a badger behavioral study and a few laughs. Next morning we went on a quick leopard mission but alas no luck and we went back to setup camp, but not before seeing a few lions get ready for their daily sleep. 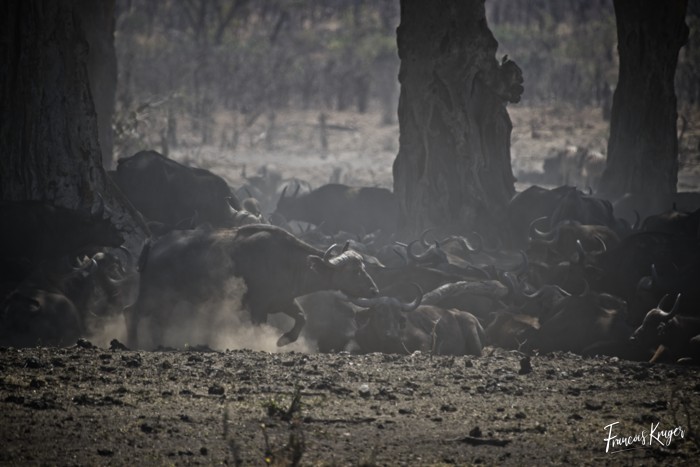 Buffalo in shade and dust

Travelling further north we mostly found animals concentrated near the water dams and holes, with the elephants drinking directly from the dams while the buffalo and zebras were left to squabble over the holes. We headed past our rest camp Punda Maria to go check out Pafuri picnic site and hopefully get those birds you only find there.

Buffalo carcass next to waterhole

We got Meve’s starling and the Tropical bou bou, but only on the way back. At Punda we set up camp and made our way to the hide to get some more birds and see if the leopard would come around, unfortunately only on luck on the bird side. 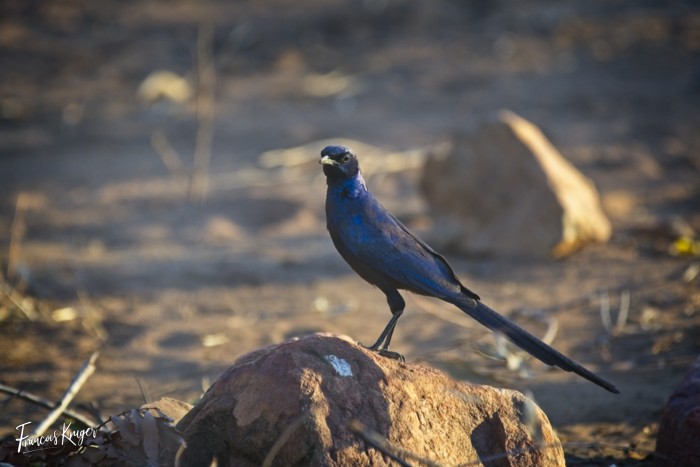 We did it! We managed to cover the Kruger in just a few days (although a bit more time would have been really nice). After a late breakfast we packed up, hit the pool and headed for OR Tambo airport for Louis’ flight back to the freezing Norway. But not before he experienced a boks game – I was shouting for the springboks during the SA vs Japan game in the car whilst trying to explain rugby to Louis. It was awesome hosting him and I would gladly do it again, especially sharing the birds where we both ended up clocking more than 150 species in 3 days through the Kruger. Till next time…

Birds logged on our trip in the Kruger map