At last, we got to cross the border to the Kingdom in the Sky and go explore a new part of this beautiful continent of ours. The long weekend started off at my favourite meeting up place, Golden Gate. We were joined by old friends coming up from Durban, bringing new friends as well as the usual fun and laughter. After quickly picking a site close to the ablutions, we set up camp and ran up the Sentinel to catch the views before the sun set. JG pointed to where we were heading to tomorrow, from as close to the edge of the cliff as we could push him. Apparently he had just discovered his fear of heights – finally, it’s not only me!!! And of course, along comes Salome to show us that we are both ”sissies” by strutting a pose on one leg right on the edge. From the top we saw our friends arriving at camp and phoned them to give them instructions from above. Once we made our way back down, Francoisman (yes that’s what we call him since our band days) and his wife, Karin, introduced us to their friends GR and Grethe. Later that evening I managed to convinced everyone to put on their warm gear and join us on a short hike along the main road for a night photograph of the Sentinel. People were probably thinking we were a group of lost hikers. I think we did quite well braving the cold. The next morning Salome, JG and I made breakfast for everyone and packed up while the rest of the group quickly did their Sentinel climb. After breakfast, we made our way via Clarence and Fouriesburg (Salome needed to buy warmer slippers for those cold nights at camp), and we headed through the Caledon Poort border post. There was a bit of a queue but it went quickly enough. Our first stop was Tsehlanyane National Park, this was to be our introduction into how things work in Lesotho. Francoisman had tried in previous weeks to phone and book campsites and was told we could just arrive, no booking necessary. This turned out to be because the stunning Maliba lodge had closed their camping facilities. The man at the gate assured us we could still “come to an arrangement”, and arranged for us to set up to camp on the lawn in front of the staff offices/quarters. These now seem to run as dorms for visitors like us. We were highly sceptical at first, as we could hear the music from locals having a party somewhere close by and the ablutions were somewhat shabby. We had come for peace and tranquillity after all. We put our scepticism aside and it ended up being a great evening, some local students even came to join us around the fire for a while and the music died down early. 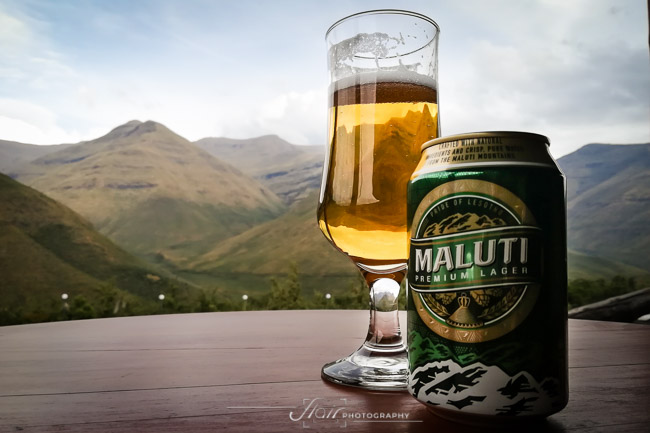 Grabbing a beer by the fancy Maliba Lodge bar while deliberating the camping setup…. Our camp setup by the Maliba Lodge staff quarters.

The next morning we found out that our camping setup was, in fact, the culture shock to the local students as they came to take selfies by our tents pretending they had camped. ”These strange South Africans must like the cold.” The next stop was Katse lodge and we set off on what would be a thrilling drive up and down the Mafika Lisiu Pass. 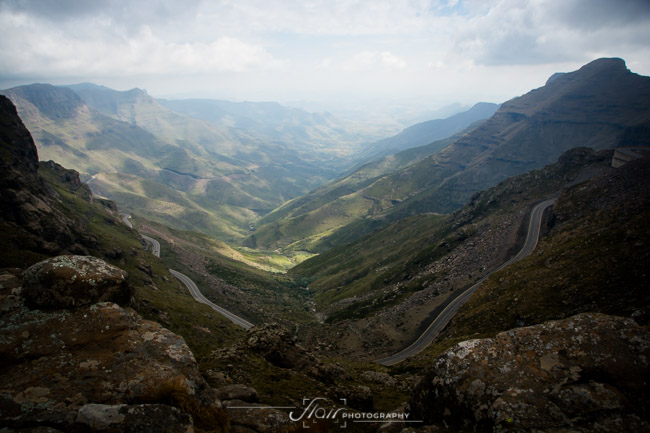 This was the scariest thing I have driven, warning signs everywhere. The climb starts mild and the goes real steep at the end where the road has been built up on the side of the mountain. I was concentrating extremely hard while Salome and JG were hanging out the windows to take in the views. We stopped and got out in the freezing wind at the lookout at the top for a well-deserved breather. Little did we know the road down was just as steep on the other side. On the way down I got worried about being on the brakes the whole time and thought of going in 4by4, but remembered reading somewhere that it’s not advisable on tar unless it’s wet or slippery. The signs kept saying : BEWARE OF BREAK FAILURE! We stopped for a photographic opportunity on the side of the road only to be surprised by clouds of smoke coming from what we guessed were the breaks. We gave the breaks some time to cool down and took in the views, epic mountains painted with clouds and terraces of planted crops. I have great respect for the people of Lesotho because farming on those slopes cannot be easy. 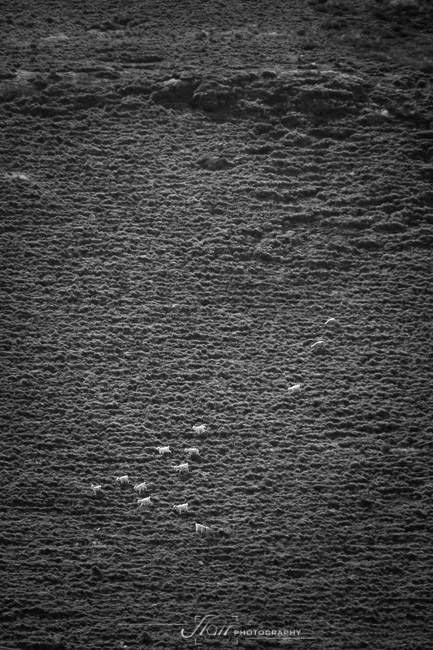 We lost Francoisman and his troop in the black Paj a while back when they went mattress hunting. Having endured two nights on our borrowed ‘Afblaas matrasse’ (deflating mattress), they decided to take things into their own hands. We briefly stopped at the Bokong nature reserve offices but were promptly reprimanded for taking pictures, it not allowed unless you pay admission. It is a great pity because the two architects (Salome and JG) loved what they could make out of the unique building design and there was a beautiful waterfall to the left. The entrance fee was only R50 per person, but we were pressed for time and so decided to get back on the road. Kaste dam made its appearance and we followed it’s edge all the way to the great wall crossing. We stopped by a view point to enjoy some sandwiches while pondering where our lost friends could be, ahead or behind. As we pulled in to Katse lodge a dark storm pulled in with us and our camping bravado quickly dissipated as the idea of setting up tents in such strong winds. We decided to find out about alternate accommodation and have a Maluti beer at the bar while we waited for the appearance of the black paj. About 30 minutes later they appeared in the pouring rain and the decision was unanimous to go for a self-catering house for 6 that ended up not costing much more per person. There we had a lovely braai protected from the wind, lots of beds, two bathrooms to ourselves and a kitchen. 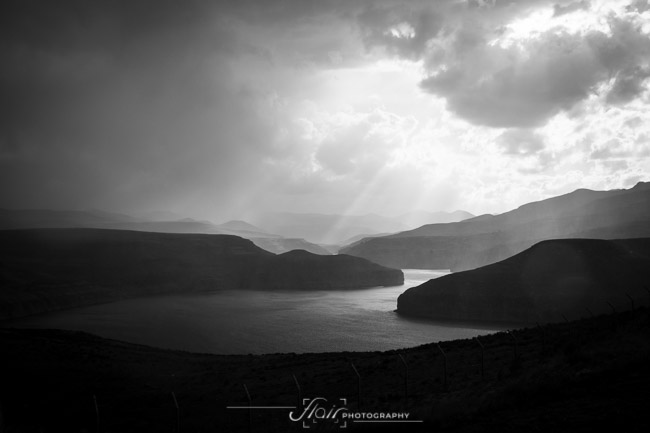 We overslept the next morning and missed the dam wall tour but at least got to buy some of the epic spiralling aloes at the nursery, with permits. Missing the tour proved to be a blessing as we got lost numerous times trying to find the dirt road to Sani Lodge from Katse. Really badly broken Sotho and google maps just got us in deeper trouble! Finally, Francoisman remembered he had the Tracks4Africa app on his phone and that got us on the right road. No more u-turns on the side of cliffs were necessary. This dirt road had amazing scenery and we were really glad we found it and could do it at our own pace. The villagers looked delighted to see us and we were cheerily greeted as we drove past. These people made make a living on the side of mountains, herding/farming long distances from business centres or proper roads. It was a humbling and earthing experience. We all stopped for a lunch break on what we thought was the last bend before the tar road, turned out to be a bit longer than we thought. As soon as we hit the tar the Paj took the lead and and we let them go because saw some awesome birds along the way and had to stop for photos. But just around the next bend, we found them on the side of the road waving their arms in caution. The ”ventertjie”s one tire had decided to disintegrate. Pit crews would be proud of our speedy tire change, by the time we set off with there was a crowd of onlookers peering from all around. The Paj then sped off ahead of us again. This suited us as we had time to take in the view of the newly tarred road all to the way to Sani mountain lodge. There were signs showing the altitude, at the top, but there were no signs that said lookout point. Fortunately, we found the turnoff by chance, to an amazing lookout that gave one the feeling you were walking above the clouds. The downside of us taking our time was that we ended up fighting the worst fog ever in the dark and almost drove through the border post by mistake. JG paid a lady next to the road to guide as with her fog fighting eyes to the lodge and the campsite. The campsite was not what we expected but we made it cosy and hit the lodge bar for glühwein nightcap. Back at camp, “ET” (Francoisman and Karin’s ever faithful gas heater) added heat where the flames could not reach and we hit the tents after another epic braai. 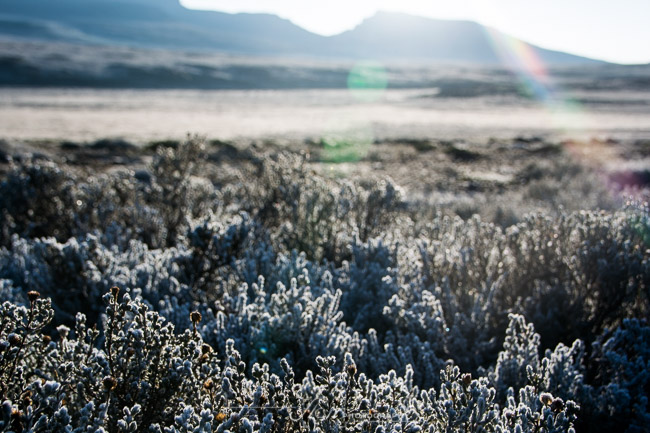 The next morning we were treated with a winter landscape as everything was frosted over. Luckily those -10°C sleeping bags worked like a charm and there was no more moaning over ‘afblaas matrasse’. We packed up and went for breakfast at the lodge while Francoisman and I got all excited with the idea of heading down Sani Pass. Its bends and curls are incredibly tight, and with the longer vehicle, I had to go out wide and pull back in to make every turn. The compression in low range on the steep incline worked like a charm. Francoisman bravely took it on without the ease of compression as something was amiss with the Paj, but luckily his gear rations did the job brilliantly with a bit of break tapping here and there. Lesotho was absolutely epic with great new friends and adventures made, we all just wish we had a few more days to take everything slower and breath more of the mountain air in… Till next time, Francois & Salome