I absolutely love Golden Gate – we drove through there many times when I was a child. My dad loved it too. My mom loved the drive. I was super excited, as I had never really camped there and I was not disappointed. At the Glen Reenen restcamp, the grass was green, there was no shortage of shady trees and a stream between oneself and the mountains. Salome even swam in the icy mountain pool a little way out of the camp (she’s crazy for such mountain pools and streams!). 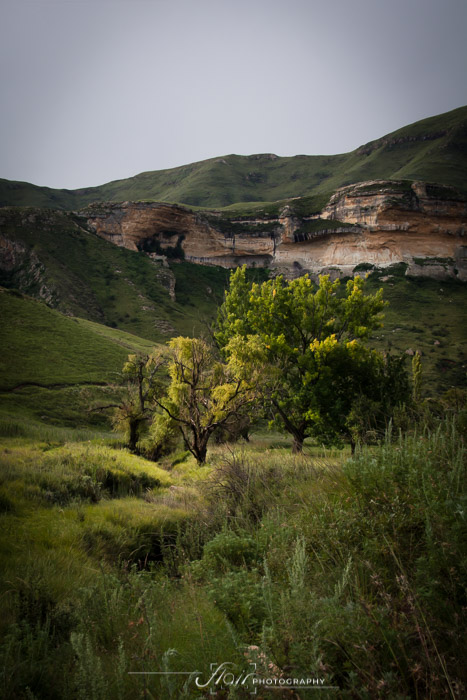 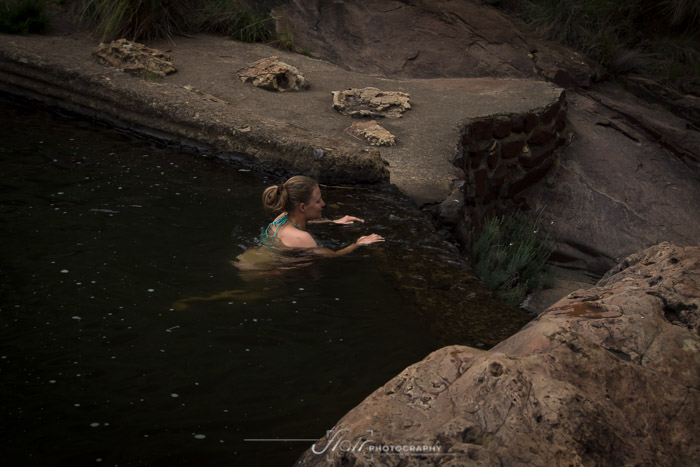 We hiked 3 of the 4 trails +- 1 hour trails  in one go but the overnight ones we skipped. We started with the ‘Brandwag’ (butress) and it starts of with a mild hike up the path up the side of the mountain. The girls took to making bed in the hollowed out cavities in the side of the mountain. I had to bite my lip going up the ‘Brandwag’ mountain path with a chain( its realy not that steep, I have a fear of getting myself up or down heights), but survived (actually a lot easier the second time around for me). The views from the top were incredible! The world feels so much larger and smaller at the same time when you are that high up. We got an epic lizard on top and Salome was clicking away. Salome lying on the bed in the cave Makkie, Salome and Francois on top of ‘Brandwag’ A local lizzard on top of ‘Brandwag’

On the ‘Boskloof’  and Echo ravine trails (we skipped the mushroom rocks trail), Salome and Makkie found a rope in a waterfall going up and tried out their mountaineering skill but soon decided they did not know this rope on a first name basis and that it could be a trap. The piles of rocks associated with hiking trails and the views of the mountains through, what feels like a groove in the palm of a giants hand, gave this trail a mystical atmosphere. I used to dream of surfing waves like these rock walls (that was before I found out how scared of big waves I really was). I stared up in awe. 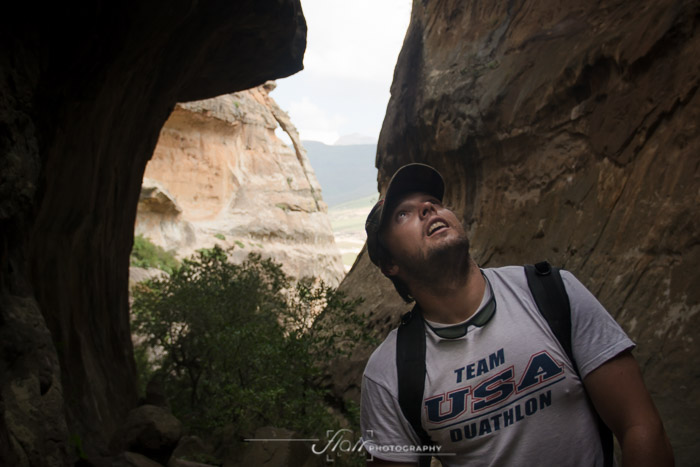 A different view of the world Firstly, NO,  I am not an American Duathlete, its one of 1000’s of t-shirts my mom received or traded with friends at the world events she attended, she was the duathlete.    That night we also tried our hand at some night-time photography of the ‘Brandwag’ as it is beautifully lit up at night. That set the mood for the night as the guitar came out later and Makkie and I sang a few sad tunes to try and let the ‘Brandwag’ know it was not alone with us camping at its foot. The next day Makkie and Johann were off so Salome and I decided to take the bakkie to explore the area. It was only later that we heard of the new 4by4 track, that would have been a must.  Our first stop was the vulture restaurant and again we were treated with great sightings of a bearded vulture (another extremely rare bird only found in this area in South Africa) in flight. Unfortunately it probably had its fill as it never came down to get some bones. A few jackal saw this as a great opportunity as they came in for for a leg of the vultures food. Apparently this restaurant does not have a right of admission as some crows and other bird like white necked raven also came in for scraps. 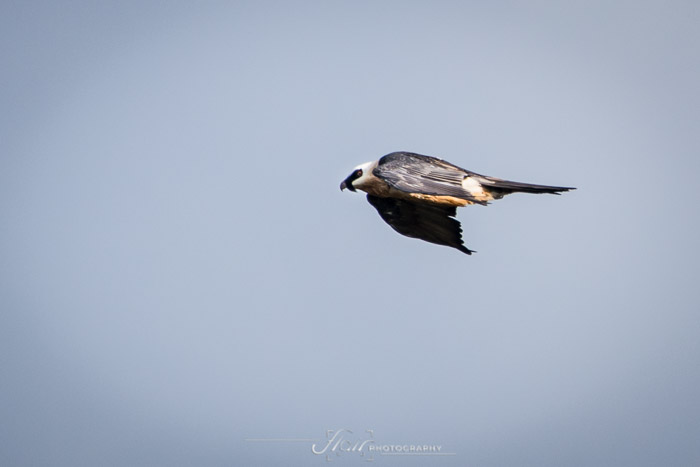 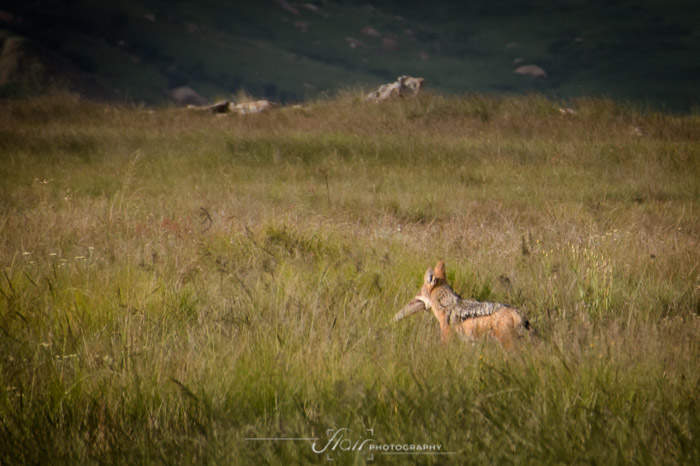 I decided I had to go show Salome the Highland Retreat (having stayed their one night with work a few years back), driving up the two track  was worth the views and we spotted a really large secretary bird. I estimated it taller than Salome, looking Zebra in the eyes, it was hunting on the mountain ridge with some with a grey mountain backdrop. The tall one- Secretary-bird- Sagittarius serpentarius

This set the mood and gave rise to the idea of dining with a view (why should the vultures and secretary bird be the only ones). Salome and I had packed a nice romantic picnic dinner and with a stunning sunset view over the valley. An early night was the call as we had a long way to travel to Amatikulu the next day.